Where does the name ‘Cascadia’ come from?

Cascadia — the evocative name of a region, an idea, a movement — wild and free… but where did this name come from?

Cascadia — the evocative name of a region, an idea, a movement — wild and free, defined by the waters flowing from the continental crest through the headwaters of the Pacific.

But what and where exactly did the name Cascadia arise from?

The term “Cascades” was first used for the Cascades Rapids, as early as the Astor Expedition. The first written reference originally stems from Scottish botanist David Douglas (for whom the Douglas Fir is also named) who explored the Columbia River Gorge in 1825. He wrote of the area’s ‘cascading waterfalls’, and it is through these that we hear the first mention of ‘the Cascades’ — from which the mountain range is now called.

The name ‘Cascadia’ itself wasn’t heard until much later, until it was first used by the town Cascadia, Oregon that was settled in 1890 in what is now Linn County. In a more recent context — “Cascadia” was first applied to the whole geologic region by Bates McKee in his 1972 geology textbook Cascadia; the geologic evolution of the Pacific Northwest. Later the name was adopted by David McCloskey, a Seattle University sociology professor, to describe it as a bioregion. McCloskey describes Cascadia as “a land of falling waters.”

According to McCloskey, this “initial” Cascadia included parts of seven jurisdictions (Northern California, Oregon, Washington, Idaho, Western Montana, British Columbia, and Southeast Alaska), running from the northernmost reaches of Southeast Alaska in the north to Cape Mendocino, California in the south–and covering all the land and “falling waters” from the continental divide at the Rocky Mountains to the Pacific Ocean. McCloskey, founder of the Cascadia Institute and co‐chair of Seattle University’s New Ecological Studies Program, saw Cascadian identity as something which transcends political or geographic definitions; it is more a cultural, ideological identity.

He notes the blending of the natural integrity and the sociocultural unity that gives Cascadia its definition.This new notion of Cascadia, was heavily influenced by the bioregionalism movement of the 1970’s, inspired by Peter Berg and the Drum Foundation., seminal works like Joel Garraeu’s Nine Nations of North America, and Ernest Callenbachs novel Ecotopia, which portrayed an independent eco-state of the Northwest. 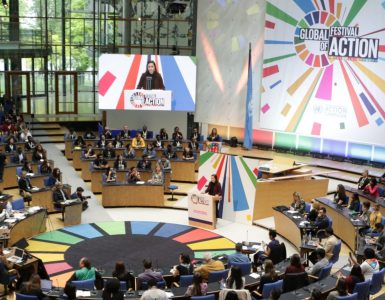 I am excited to share that we’ve begun our Envision Cascadia Online Organizers Summit to help grow the Cascadia movement. With more than 120 participants RSVP’d, I’m excited to host online virtual... 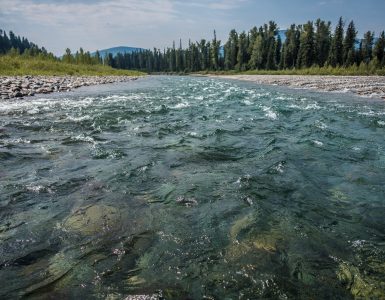 Where does the word Watershed come from?

In this article we explore where the term watershed originally comes from and why there is such a difference between North America and Europe.