Bioregionalism is a vision of a future that works for people and for the Earth.

For the majority of human history, people have lived bioregionally.

Bioregionalism is a movement, an ethic and idea that has been growing for more than four decades which seeks to do just that, by using natural features such as mountain ranges, and rivers as the basis for political and cultural units, rather than arbitrary lines on a map. Using these features, it seeks to reign in extractive economic policies, create regenerative cultures that ensure ethical, local and sustainable means of production, and to reconnect the livelihood of inhabitants within the limits of place.

Taken together, it is a political, cultural, and ecological set of views based on naturally defined areas called bioregions. Nature acts bioregionally – and more than ever before – the ability to act regionally and globally in an interconnected fashion has never been more important.

Bioregionalism is, at it roots it is a way to restructure society to work within each given region and place, rather than transforming each to human needs.

“There’s little natural about the boundaries that divide states and countries. They’re often imaginary lines that result from history, conflict, or negotiation. But imagine what the world would look like if borders were set according to ecological and cultural boundaries.”

Bioregionalism means taking the time to learn the possibilities of place. It is mindfulness of local environment, history, and community aspirations that lead to a sustainable future. It relies on safe and renewable sources of food and energy. It ensures employment by supplying a rich diversity of services within the community, by recycling our resources, and by exchanging prudent surpluses with other regions. Bioregionalism is working to satisfy basic needs locally, such as education, health care, and self-government.

Simply put, [bioregionalism] means learning to become native to place, fitting ourselves to a particular place, not fitting a place to our pre-determined tastes. It is living within the limits and the gifts provided by a place, creating a way of life that can be passed on to future generations.

Bioregionalism is an age-old way of viewing the world. Regions are not delineated by imaginary, straight lines as scribed by humans, but by the climate and land forms which make that part of the planet uniquely distinct. Local life-forms, cultures, traditions and hopes for the future reflect that particular place on the planet in which they’re rooted. Deconstructing and breaking down borders which are arbitrary, toxic and non-representative to our place and inhabitants is one of the chief priorities of bioregionalism.

Bioregions are natural countries of the planet. They are the largest sense of scale based on physical place in which those connections make sense. They may contain within them many nations, communities, inhabitants, and ecosystems. We use the natural borders of the bioregion as our base for administrative frameworks because despite cultural differences that arise from these differences, nature acts bioregionally not anthropocentrically.

Whether it is flooding, forest fire, drought, ice pack, disaster preparedness and response, growth strategies, economic integration, transportation planning, energy independence, environment & sustainability, food sovereignty, these are issues which all will act on a bioregional framework. By sharing watersheds – we must all have the ability to impact and affect change, and what one community does, will affect the communities downstream of it.

Bioregionalism interprets the world through a variety of regional value systems which reflect the parameters of the regions from which they are born. These value systems cannot be superficially based on prejudices and presumptions but must be fitted to the ecology of their place.

Bioregionalism recognizes, nurtures, sustains, and celebrates our local connections with:

The bioregional perspective recreates a widely-shared sense of regional identity founded upon a renewed critical awareness of and respect for the integrity of our ecological communities.

People are joining with their neighbors to discuss ways we can work together to:

A key principle in bioregionalism is reinhabitation, which means building healthier ways of living that are responsible, ethical, that not only maintain but regenerative our local ecosystems, and working with our natural ecosystems, aligning human activity with our bioregions, rather than for human habitation. This is both on a societal level, and a personal one – which starts with every person developing a sense of place. Of rooting ourselves into the history, the things that make each region special – the plants, the animals, the types of soils, the mountains and rivers. How things change over time – why different areas get different rainfall – and how agriculture, energy production, buildings can all best tie into that in well thought out ways.

Bioregional movements work to connect these to ideas together. To shift our borders, governing models, and ways of living from non-bioregional ones – to bioregional ones. One government, or nation, or many governments and nations doesn’t ultimately matter, so much as every community large or small, that is impacted by a decision has a voice in that matter.

From two pioneers of bioregionalism, Peter Berg & Raymond Dasmann bioregions exist as bio-cultural regions that are “a geographical terrain and a terrain of consciousness—to a place and the ideas that have developed about how to live in that place” with particular attributes of flora, fauna, water, climate, soils, and landforms, and by the “human settlements and cultures those attributes have given rise to.” From this gives rise to the idea of bioregionalism – administrative units based around watersheds rather than arbitrary lines on a map, and local cultures that grow using lessons and in balance with the natural ecosystems they inhabit, and that will be different for every specific geographic areas.

Bioregionalism stresses that the determination of a bioregion is also a cultural phenomenon, and emphasizes local populations, knowledge, and solutions. It is both societal, but also deeply personal. A bioregion’s environmental components (geography, climate, plant life, animal life, etc.) directly influence ways for human communities to act and interact with each other which are, in turn, optimal for those communities to thrive in their environment. As such, those ways to thrive in their totality—be they economic, cultural, spiritual, or political—will be distinctive in some capacity as being a product of their bioregional environment.

We believe that every person and community impacted by a decision are the best able to speak to their needs, and in building systems based on mutual support and empowerment, rather than disenfranchisement, gerrymandering and exclusion.

“Bioregionalism emerges as a response to the formidable power relations of global political economy and the ensuing fragmentation of place. It seeks to integrate ecological and cultural affiliations within the framework of a place-based sensibility, derived from landscape, ecosystem, watershed, indigenous culture, local community knowledge, environmental history, climate and geography. More than an alternative framework for governance or a decentralized approach to political ecology, it represents a profound cultural vision addressing moral, aesthetic and spiritual concerns. In effect, bioregionalism seeks to penetrate, inform and reinhabit the interstices of contemporary political economy, turning states and countries into biomes and watersheds, changing not only the boundaries of governance, but the boundaries of perception as well. Indeed, the reinhabitation of landscape is fundamentally a challenge of perception as well as citizenship.”

Bioregions are the natural countries of the planet, containing within them many nations, inhabitants, watersheds and ecosystems. Culture stems from place.

This is an article for the top level Department of Bioregion bioregionalism page. You can read more at https://deptofbioregion.org/bioregionalism

Coronavirus may show us what halting climate change looks like
Demand Nothing Less than a Visionary Future
Why is Bioregional mapping important?
Bioregion Bioregional Bioregionalism 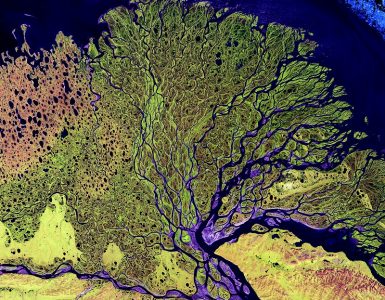 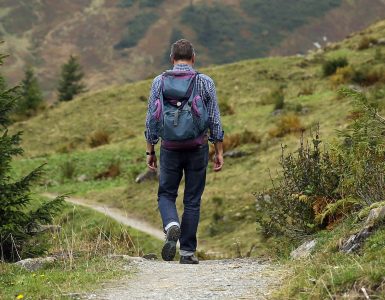 Stop for a moment, and envision the world that you would want to live in, if all reality were stripped away. A world free of exploitation, where people lived happily, their needs met and in balance with their...